A downloadable game for Windows and Android

The Legend of the Last Dragon is an indie fantasy RPG (Role Playing Game) with puzzle and action lines inspired by the great classics of the past such as Final Fantasy, Zelda and Chrono Trigger.

● Explore the kingdom of Nalen, a vast world full of pitfalls
● Enjoy a a unique fairy tale.
● Find and create custom weapons ⚔️
● Learn new magic and skills 🧙🏻‍♀️
● Explore castles, forests, villages, caves and meet new ones characters ready to reveal the secrets, missions and curiosities about this great kingdom 🏰
● Get ready to defeat legendary bosses and strong enemies !!

With the original Fury! and Calm upgrade system you can boost skills, buffs, and spells in battle. Each class has one point available, starting from zero will earn a point each turn that can be used to upgrade a specific skill in the "Special" section and magic in the "Spells" section. The command "Calm" instead will allow you to discharge the point if you have changed your mind and  you don't  want to upgrade a skill or a spell with Fury!

Using Fury points could turn the tide of a fight and will constantly push you to decide which skill, spell or buff to upgrade, based on enemy weaknesses or combat dynamics.

Each enemy has its weak point!

If an enemy seems unbeatable, it's only because you haven't discovered his weakness yet. Use the warrior class's "Scan" skill  to find his weakness to the element and hit him several times with the appropriate spell or weapon to destroy his armor and confuse him, in this way you will have extra turns to finish him faster avoiding some of his moves that could be fatal to you!

Scattered around Nalen you will have the opportunity to find numerous books of skills and spells essential for the strengthening of your team, so don't forget to go in search of these precious manuals, many of which have been well hidden by their respective authors to reserve their uniqueness. Unlike the skill books, which can be learnt after a reading, the ancient tomes of spells must be brought to the Magic Circle, only there they can reveal their immense and unique power.

Explore the most remote locations of Nalen to encounter and defeat powerful monsters and bosses; they will drop rare materials and fragments of materials which, together with your resources, will allow you to forge legendary weapons and armor. Befriend the Master Gunsmith, he will be the only one (?) who can help you in crafting. Return to his workshop several times throughout the story to unlock weapon sets you can't even imagine!

Ten years before the setting of this story the last dragon existing in Nalen was killed by the father of our protagonist. The villages of the kingdom spent the next few years trying to rebuild from the rubble that the dragon Crathos created. When everything seemed to be getting better, Juri, the owner of the Mountain Village inn, while searching for some healing herbs, saw what looked like a huge dragon fly overhead and then disappear over the peaks of the mighty mountains. What was going on? Had the dragons returned to Nalen?

The game is available in English and Italian.

In order to download this game you must purchase it at or above the minimum price of $3.25 USD. You will get access to the following files:

Cant wait but I know this has been worth every minute. Come on the 28th.

One day left, I suggest you to take a look at the credits section of the game tomorrow ;)

As soon as the English version is released you can download it for free.
Stay tuned!

I just bought the game, I will be able to download the English version for free, right?

Hows the translation going for the big release hope all is going well cant wait to get my hands on this experince.

It'll be out in time, you will join your experience in the end of january or early february ;)

Cant wait to play this in english I checked it out a bit but the language barrier stopped me from going to far. Like the art anyways looks like it will be a fun time exploring.

I'll go ahead and buy the game then to support further progress and hopefully future projects. Looks really well made.

Is there an about date for an English release?

English version'll come for sure, but not soon.
The game is huge and you know, it takes a very long time to translate every single text... but yep it'll come with a global release!
Thanks for the support!

Well i have time i will wait.Keep up the good work.

I supported the english version, I hope it'll come soon :)

Thanks for the support, it will be out as soon as possible ;)

I bought the game yesterday, will the english version be free to download for me?

Yes, buying the game you'll always have access to all future download. Thanks for your support, your nickname will appear in the credits of the english upcoming version.

Not now, english version’ll come in the near future ;) 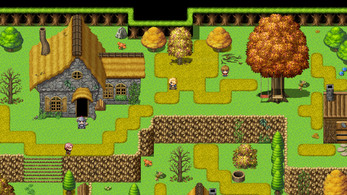 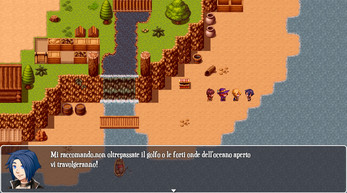 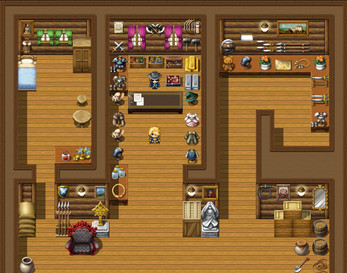 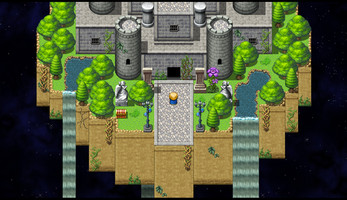 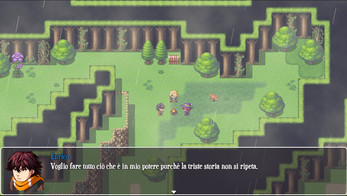 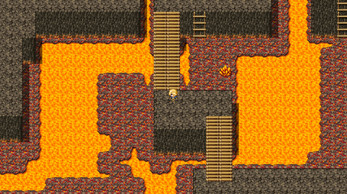